A clean break is always best. If you find your expectations wanting, you shouldn't hesitate to part ways. What you should never do, however, is stalk your ex. But that's what we did. We broke up with Pluto, and now we're being creepy about it.

We even posted pictures on the Internet. Nudes. 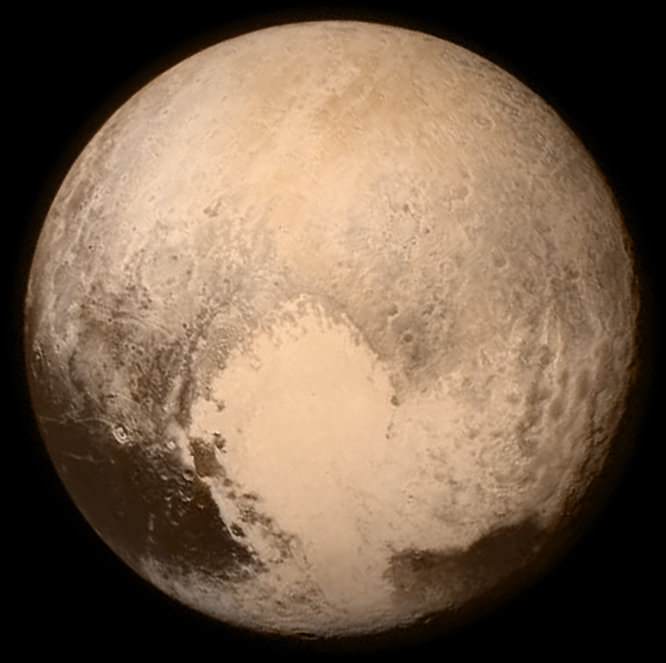 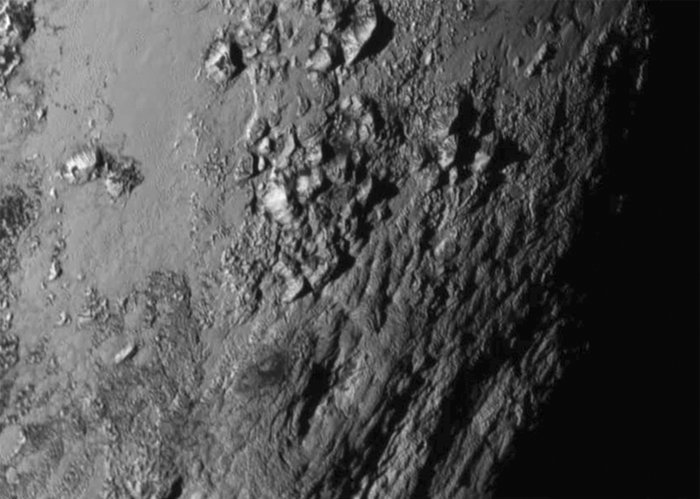 Relationships are fickle things. What signals the end of romance? Miscommunication, perhaps. Semantics, maybe. What does it mean, exactly, to be “going out?” To be “seeing each other?” To have “cleared the orbital neighborhood?”

Officially, we cut ties in 2006, though our relationship had been tenuous for years. We could have been civil. Turned a blind eye to Pluto's shortcomings. Things could have been platonic, if only we'd let sleeping dogs lie. 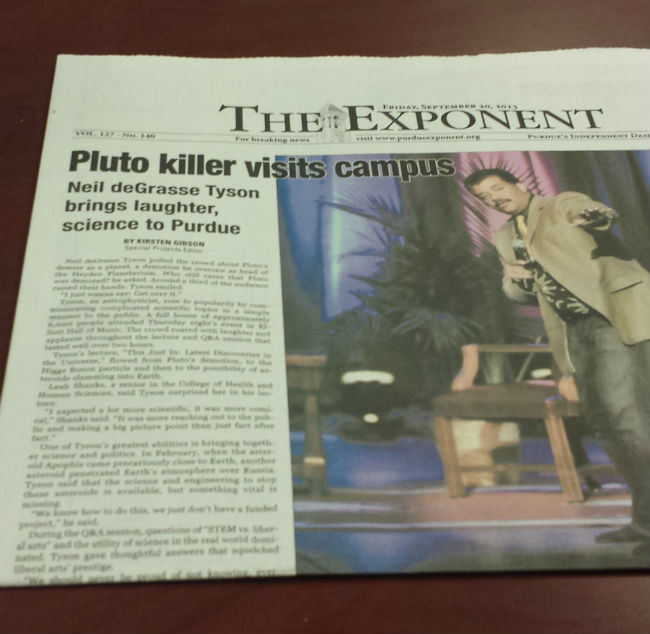 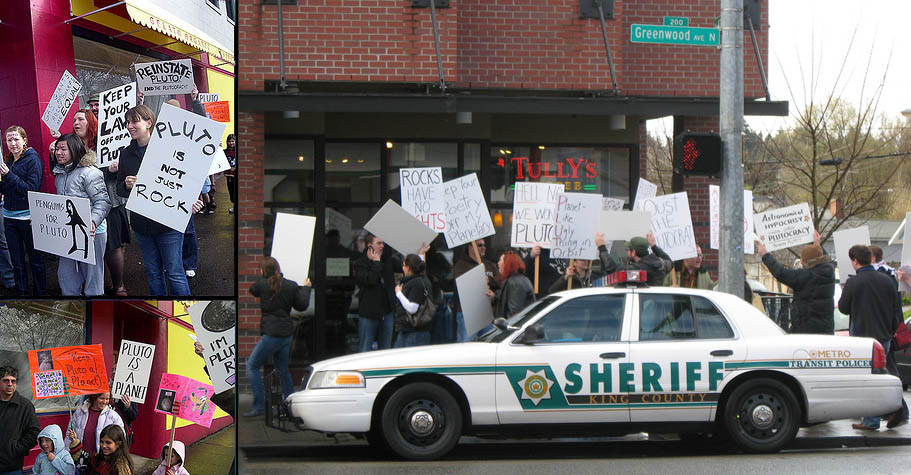 But others were trying to join the fun. Hoping to expand our crew of planets. Makemake. Huamea. But especially Eris, more massive than Pluto, though not quite as large. Little Eris, discovered in 2005, made a very strong case for planethood. Stubby Eris, compact and diminutive, breathless and needy, desperate to be liked and accepted. 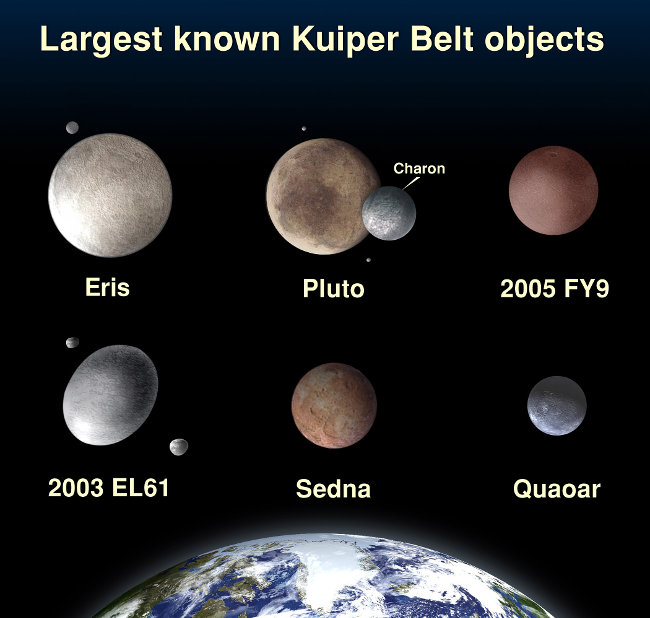 And Ceres. Don't forget about Ceres, orbiting patiently in the asteroid belt, waiting for the day when we might welcome it back into our ranks, allowing it a seat at the popular table for the first time in over 150 years. 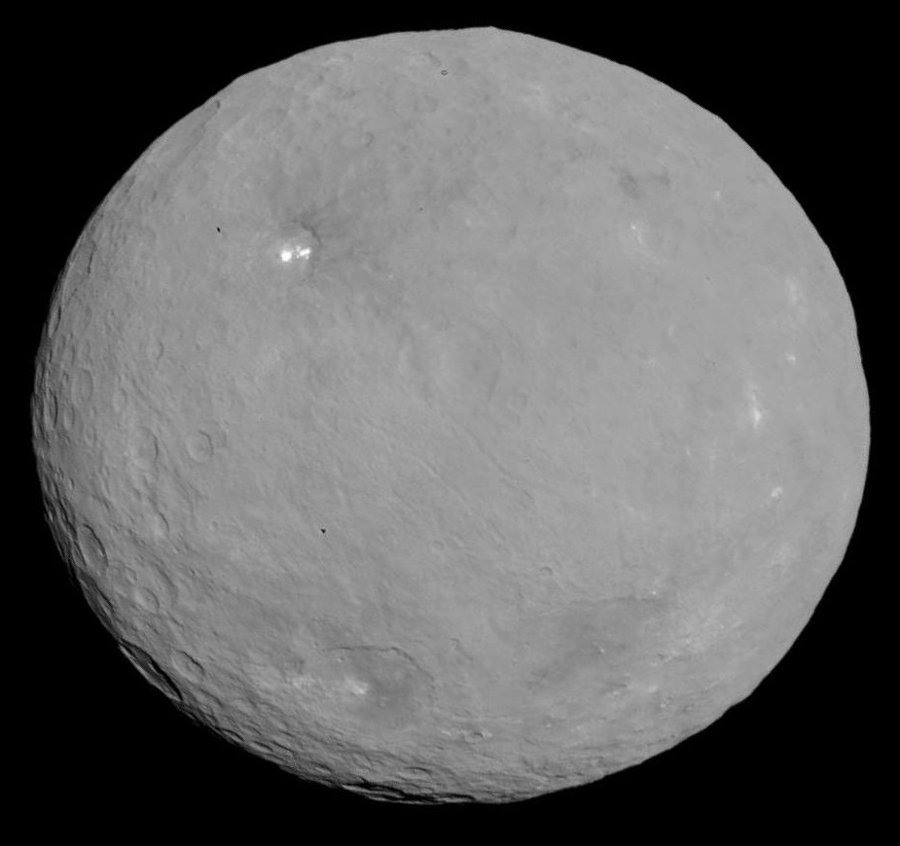 It was fun having a runt around, a little dork with an eccentric orbit and a moon so big their barycenter was external. An underdog everyone could root for. But, a whole group of runts? Too much. Who the heck wants to learn, “My Very Educated Mother Casually Just Stirred Up Natalie Portman's Holistic Medicinal Elixir?” Nobody. What when we're forced to add Quaoar? Sedna? What of the other 50-200 candidates predicted to exist by plutoid-maestro and self-proclaimed Pluto-killer Michael E. Brown? 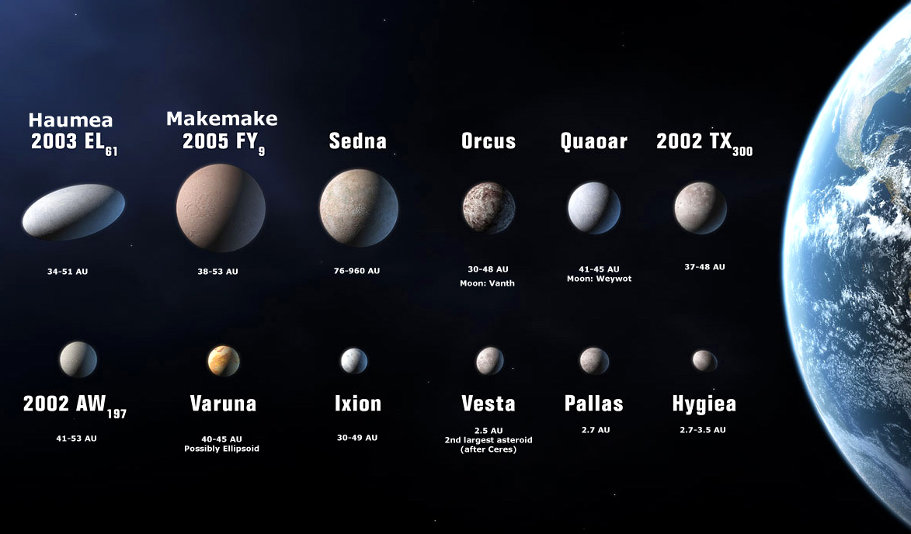 It was so obvious, in retrospect. Technology was improving. New techniques led to rapid-fire discoveries. Myriad candidates lurked behind a shroud of vastness. A monstrous mnemonic appeared inevitable.

A line needed to be drawn. A list of requirements needed to be made:
1. A planet orbits the Sun.
2. A planet has sufficient mass to be rounded by its own gravity, but not enough to initiate thermonuclear fusion (become a star).
3. A planet is the dominant body in its orbit, and all other co-orbital bodies are governed by its gravitational influence, i.e., a planet has “cleared the neighborhood.”*

“Dwarf Planet” is as good as it's going to get for poor Pluto until it finds a way to gain control over all those pesky Kuiper Belt plutinos, cosmic delinquents running rough shod through its neighborhood. 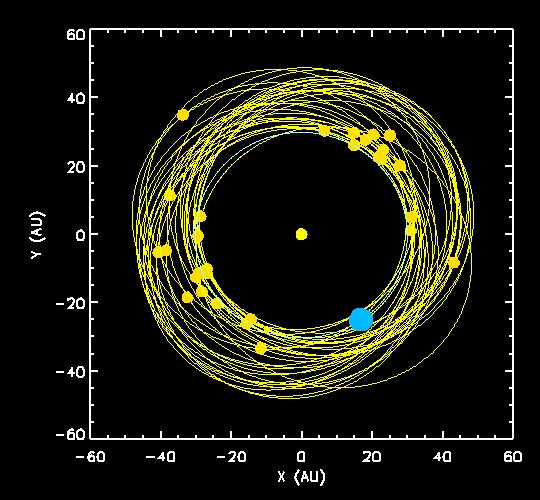 Now it's time to turn the page. Let the past become the past. Pluto's heart has mended, and now we must mend ours. 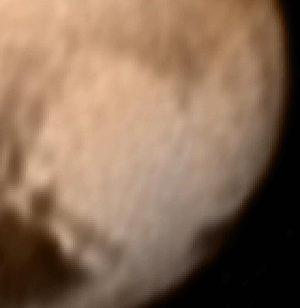 *The term “cleared the neighborhood” is clearly and woefully ambiguous. Initially, one might assume this would require a planet to have removed all planetesimals from its orbital path, whether by consumption, pet adoption (satellites), or otherwise removing them. Were this actually the case, six of the classical eight planets would fail this requirement. Jupiter, over twice as massive as the remaining seven planets combined, orbits amongst thousands (perhaps millions) of asteroids which librate (oscillate, basically) at the planet's stable Lagrangian points, areas that are gravitationally stable with respect to the positions of two large bodies (Jupiter and the Sun, in this case). Two groups of asteroids, the Trojans and the Greeks, librate 60° behind and 60° ahead of Jupiter, respectively. Every asteroid in Jupiter's orbit is governed by Jupiter's gravitational influence, and thus has been cleared, so to speak. Earth has a Trojan of its own, a 300-meter-diameter asteroid at its leading stable Lagrangian point.

How Verizon and AT&T are Ripping Off Seniors

Hello again, Mom and Dad, While searching for a senior-specific cell phone plan for Nana, I was shocked to…

The Bachelorette: Why You Should Switch from Shawn B. to Nick V.; an Analytical Approach

This post is a bit lengthy, so I'll add this tl;dr to the top: by my calculations, Nick…