This post is a bit lengthy, so I'll add this tl;dr to the top: by my calculations, Nick V. is 71% more likely to be awarded the final rose than Shawn B.

Update: Shawn B. beat the odds and won Kaitlyn's heart. Even though the underdog won, I stand by the numbers. Shawn B. is the Seabiscuit of bachelors.

As of today (July 11, 2015), there are currently three bachelors remaining on season 11 of The Bachelorette: Shawn B., Ben H., and surprise mid-season arrival Nick V. 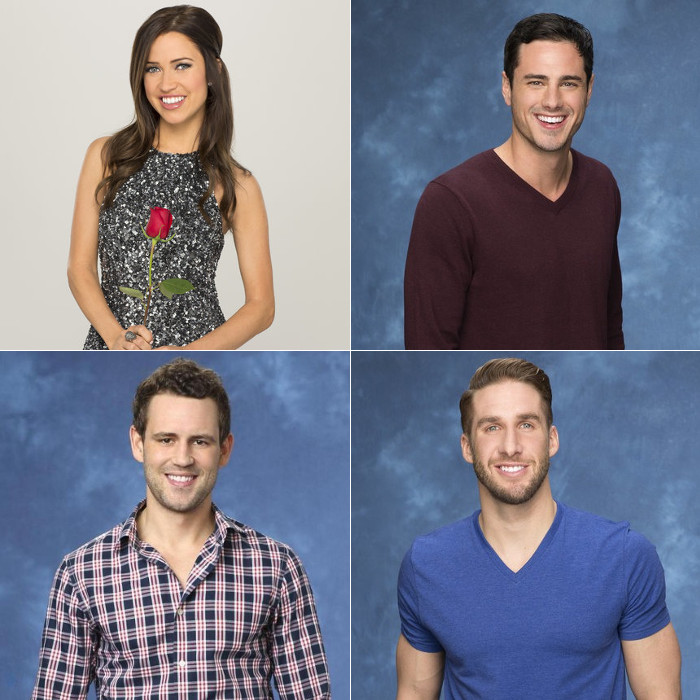 This iteration of ABC's polyamorous fairy-tale series began, as always, with a field of 25 emotionally-erect potential suitors (Nick V. is included in the collage below).

Before the season kicked off, prior to the introduction of any other subjective criteria, be it meddling from the producers or an overwhelming, palpable physical attraction between Kaitlyn and a potential beau, each bachelor had a 1 in 25 chance (4%) of discovering everlasting love with the beautiful Canuck.

Of the twenty-five initial bachelors, Shawn B. emerged immediately as the clear favorite. This was evident even to the producers and the ABC employees working on the cutting-room floor, who opted to play a more romantic, prince-charming's-arrived style tune when he emerged from the limo, noticeably different than the jocular music played for the other 24. Not surprisingly, he received the First Impression Rose from Kaitlyn, who said he smelled really good, and that smelling really good was really important to her.

Normally, the way the “Pick the Bachelor/Bachelorette” game works is that you must pick your champion before the first show airs. In previous seasons, the only tools available to you were the promo pics and the awkward Playboy Playmate-style biographies provided on ABC's website. This season, "Pick" players were forced to revise the game to accommodate sudden alterations instituted by the producers, namely, commencing the contest with two potential bachelorettes, one of whom would be selected democratically by the 25 bachelors.

Due to this change in format, my office pool was modified in two ways: first, an additional pool was created for people who wanted to wager on the outcome of the vote to select the Bachelorette. I picked Britt and lost my $10. Second, since there was only about an hour between the selection of the bachelorette and the first rose ceremony, we entered our choice for eventual champion into a Google Doc, as opposed to what we normally do, which is to write our choice on a piece of scrap paper, clip it to a $10 bill, and place it in the fish bowl next to the water cooler. I picked Shawn B., as did most people. We were swayed by the music, and wooed by the thought of his musk.

If you were playing by the rules, you should have picked your favorite before the first rose ceremony began. Maybe there's an office pool you participate in, or a bookie in your book club who accepts wagers. If you decided to play, whether you picked Shawn B., Jared, or Ian, you were locked in as soon as Chris Harrison said, “It's time for the rose ceremony.” If your guy was eliminated after that, you were eliminated from your office pool, and your book-club bookie pocketed your wager. Hopefully you didn't bet on credit, otherwise you might wake up tomorrow with two shattered kneecaps. Them's the rules. If you don't have my money when we get together at Cindy's next Friday to discuss All the Light We Cannot See, you might need to start looking for a nice pair of replacement elbows, too.

But then, a surprise: Kaitlyn decided to add Nick V. to her man harem, suddenly expanding the field to fifteen. 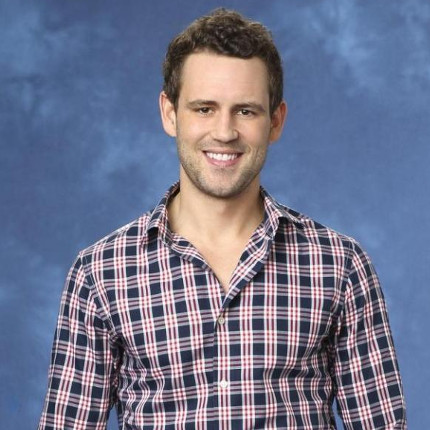 If your pick was one of the eleven eliminated, then you're still out. You already lost, and Nick V.'s presence would have only hastened your champion's demise. However, for those still in the game, it's only fair that an unforeseen and ethically questionable mid-season curve ball would afford them the opportunity to switch to Nick V. Indeed, reality-TV analysts, the gossip blogosphere, and office pools around America were all racked by the same dilemma: should they stay with their initial pick, or should they make the switch?

I made the switch. According to my calculations, Nick V. has a 71% higher chance of winning Kaitlyn's heart than my initial choice, Shawn B., and for that matter, any of the original 25. To understand my rationalization, you must first understand the oft-discussed and highly controversial Monty Hall problem.

Monty Hall, who is still kickin' it at 93, was the creator and original host of the popular game show Let's Make a Deal, which has been in production intermittently since 1963. 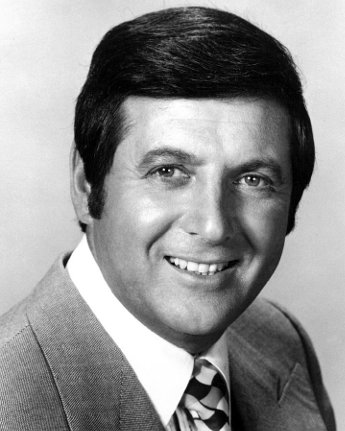 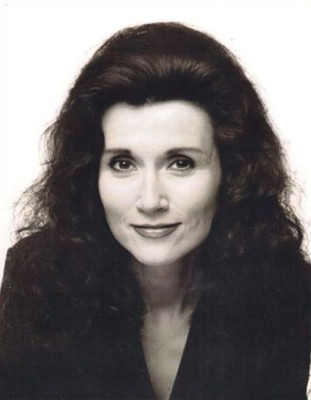 The problem, posed to Ms. vos Savant by Parade reader Craig Whitaker, is stated as follows:

Suppose you're on a game show, and you're given the choice of three doors: Behind one door is a car; behind the others, goats. You pick a door, say No. 1, and the host, who knows what's behind the doors, opens another door, say No. 3, which has a goat. He then says to you, "Do you want to pick door No. 2?" Is it to your advantage to switch your choice?

(It is important to note that the host would reveal a goat every time; it's an integral part of the game show). Most people elect to stay with door #1 for myriad reasons, generally attributed to gut instinct and cynicism; we've been taught to stick with our first instinct since standardized testing hijacked the educational system, and to distrust game-show hosts with bleached teeth and hair pieces. However, the correct choice, as stated by Ms. vos Savant, is to switch to door #2. There is a 33% chance of winning the car if you stay, but a 66% chance if you switch. The solution that renders this probability does not occur intuitively to most people, and indeed, triggered national outrage at the time. Avid letter scribblers from all corners of America wrote angry letters in protest, purportedly including over a thousand with PhDs, many of whom articulated their arguments on paper featuring university letterheads. The fervor was so great that, over the following year, Ms. vos Savant dedicated three additional columns to the defense of her stated solution.

There are several solutions to the problem, the easiest to comprehend being the following:

This is sometimes easier to comprehend if there were 100 doors instead of 3.

I encourage you to read more about this brain teaser – a plethora of information and additional explanations are available online. The Wikipedia article is a stellar resource.

In making my decision to switch to Nick V., I applied this approach to The Bachelorette:

All things being equal*, there is a 71% greater chance that Kaitlyn will award the final rose to this new bachelor than to Bachelor #1. That's not to say that Bachelor #1 will not win, it just states that, because this new bachelor had significantly less competition when he arrived, his chance of winning is significantly higher than Bachelor #1's chances when you chose him.
*Since we knew very little about Nick V. we could only assume that Kaitlyn's decision to add him to her hubby pot meant that, in her mind, he met, nearly met, or exceeded all benchmarks set by the existing pack of potential mates, which, when averaging the comparable positives and negatives, placed him on level ground with the leading contender.

Think about it this way: what if Kaitlyn had added Nick when only two bachelors remained, instead of 14? Clearly, it would indicate discontent with the selection pool, and we'd assign astronomical odds to Nick V.'s success.

You might contend that analytical methodologies cannot be applied to something as subjective as reality television, but to me, this was the only reasonable approach. When Nick arrived he was an unknown, a wild card, and no subjective criteria could be ascertained because we didn't know anything about his preexisting relationship with Kaitlyn, thus there was no way to compare their dynamic to her relationships with any of the other contenders. We could only assume that she viewed him as equally likely to win her heart.

Love is such a fickle thing. As always, 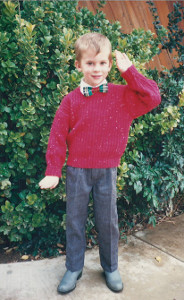 Why Pluto is Not a Planet, and Why We Should Stop Stalking Our Exes

A clean break is always best. If you find your expectations wanting, you shouldn't hesitate to part ways. What…

How to Create the Fireless Firework; a Humbling Scientific Exploration and Thoughtful Relfection on the Michelson-Morley Experiment

Always shirtless and pointing judgmentally, Smokey the Bear has spent the last 71 years blaming the average American for…