Change is hard, especially for the elderly. Oh, sorry – I wasn't referring to you. I'm talking about Skipper, your geriatric Tabby cat. Granted, he endures a lot. I have no idea why I made him pose for this picture several years ago.

A cat can form some seemingly unbreakable rituals in twelve years. Where he sleeps, for example. 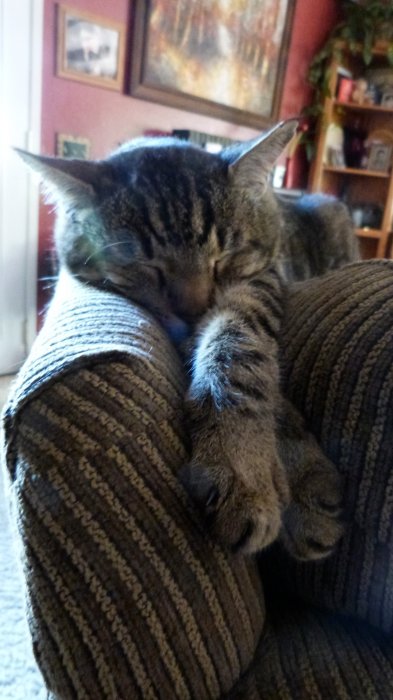 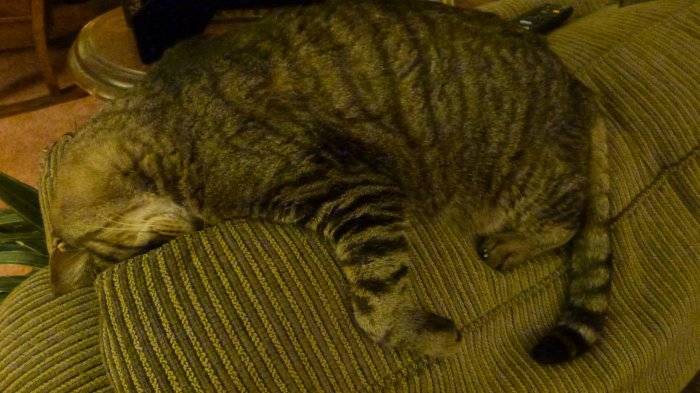 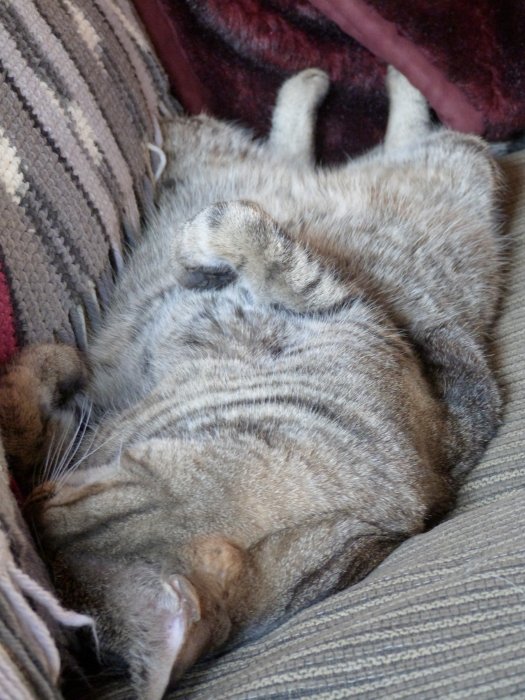 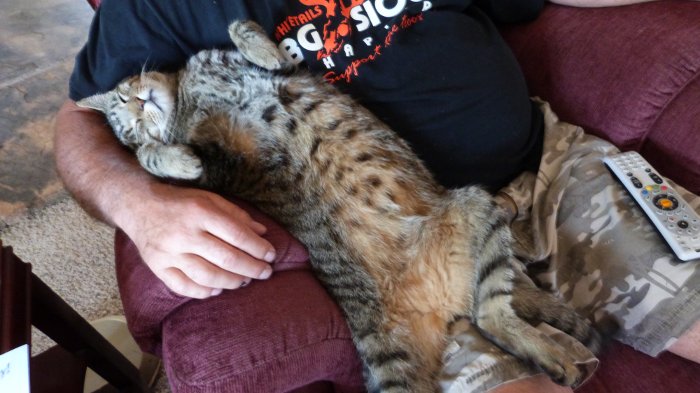 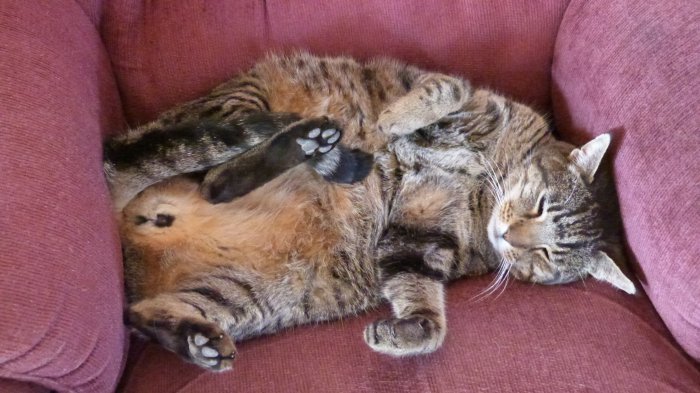 ...and how he spends his waking hours... 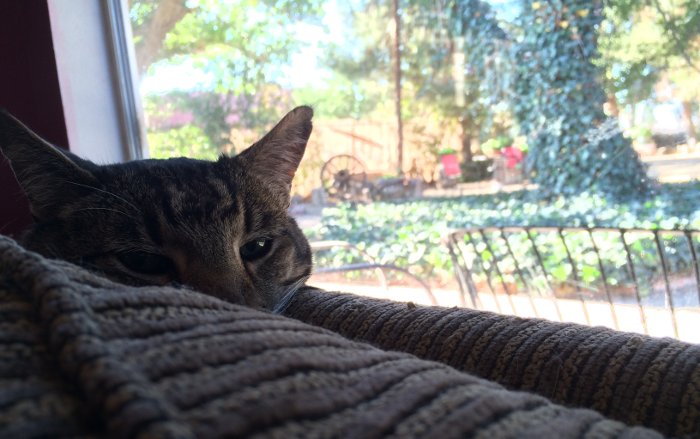 ...before he sleeps some more. 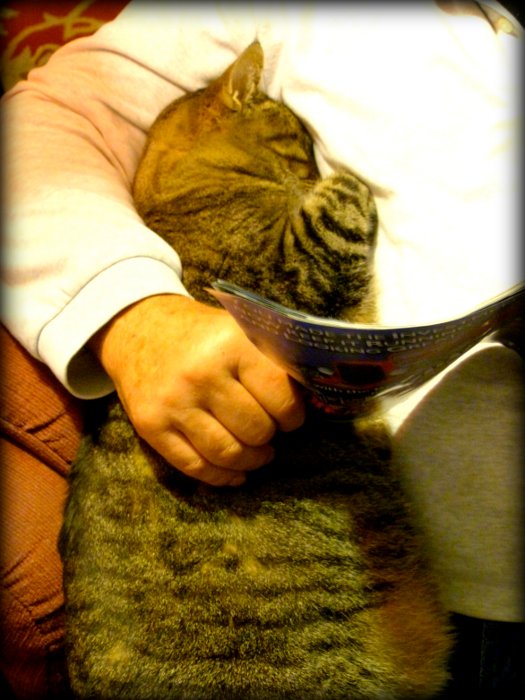 Last Thanksgiving, as I perused the leftovers in your refrigerator, I smelled one of Skippy's other favorite rituals, occurring not more than five feet away. With my next meal in my hand and Skippy's previous meal in my nostrils, I knew something had to be done about the intolerably short distance between the litter box and the kitchen.

And so, with mine own two hands, I created the Cat House. 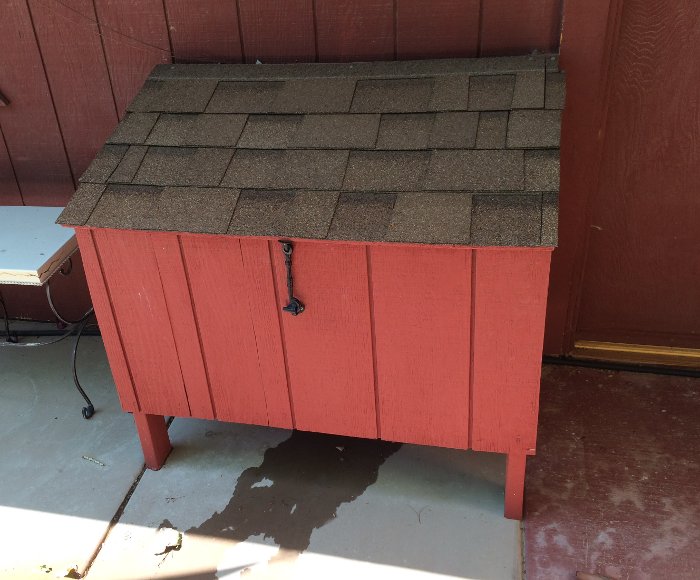 Barry and George adapted just fine to this outhouse for cats. 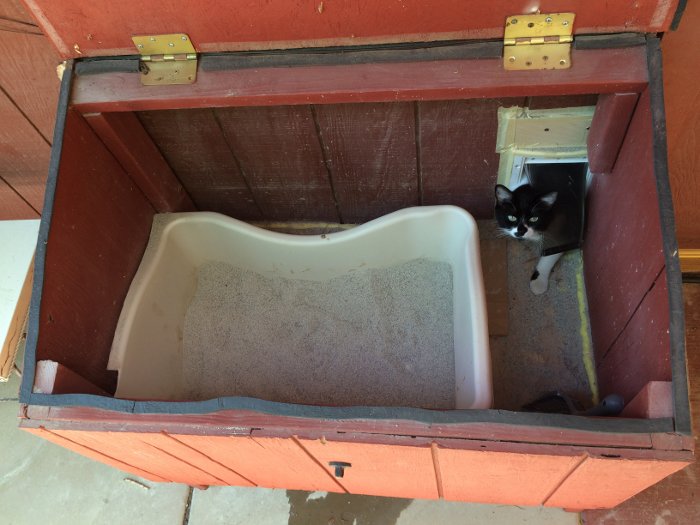 But they're pretty cool in general. 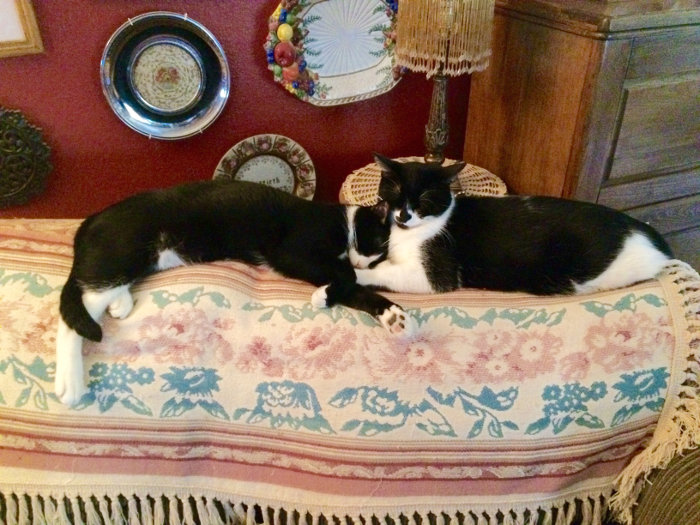 “Skippy just prefers to go outside,” you said to me. “I think his joints are too stiff to get into the cat house.”

He's not as nimble as he once was, but he gets around well enough. If he can jump into your lap, he can climb through the cat house entrance. The reason he refuses to do so is that he knows if he meows forlornly at the door you'll let him outside, which would be fine were it not for all the neighborhood coyotes that hold organic, cage-free, locally-raised cat meat in the highest regard, no matter how stringy or tough.

I realize you don't have small children anymore, and I apologize for not yet having supplied replacements, but babying the cat is not the correct alternative. The fact is, Skippy will use the cat house. Old cats can learn new tricks. They just need to be taught.

And so, Skippy's lesson plan is as follows:

Step 1: Carry him to the cat house entrance. 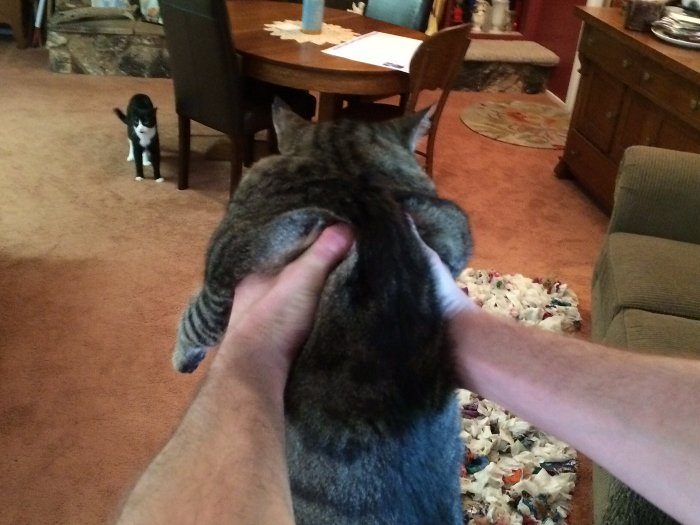 Cradle him lovingly in your arms. 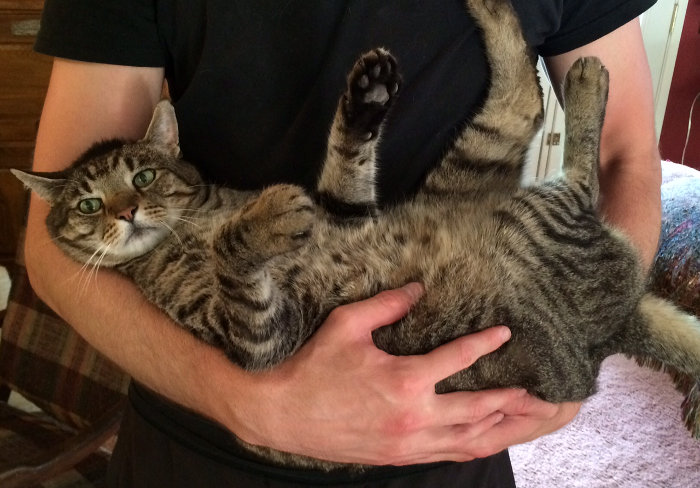 Step 2: Direct him into the cat house. 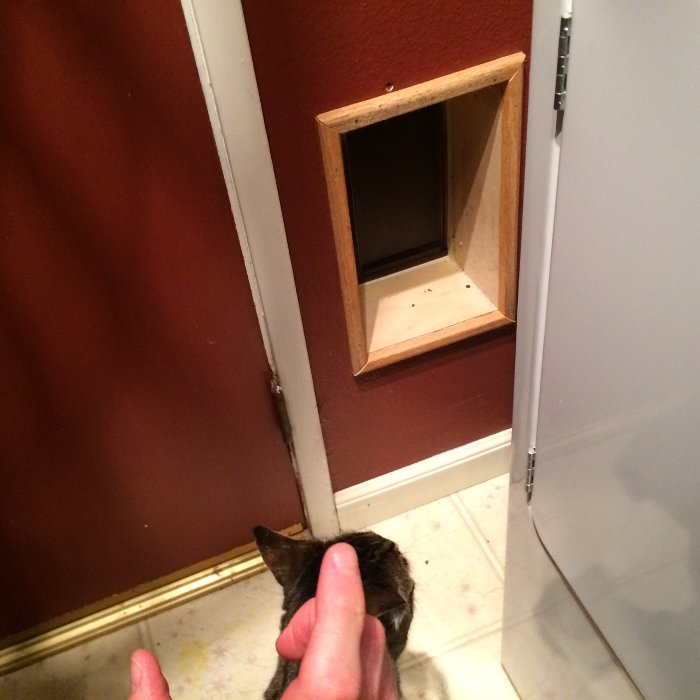 You may encounter resistance. 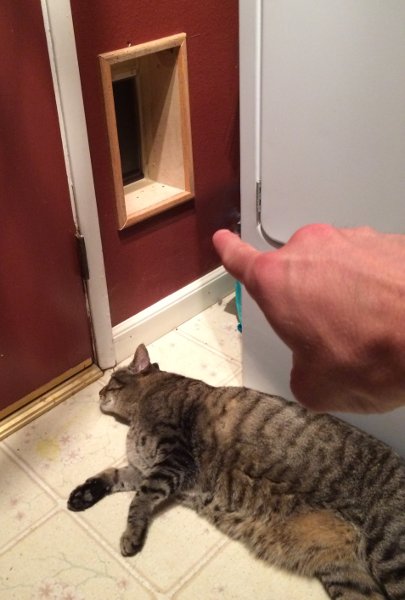 Step 3 (optional): Wait while he does his business.

You won't be able to see what's happening inside, so I've assembled photographic proof that Skippy can and will utilize the facilities inside the cat house. 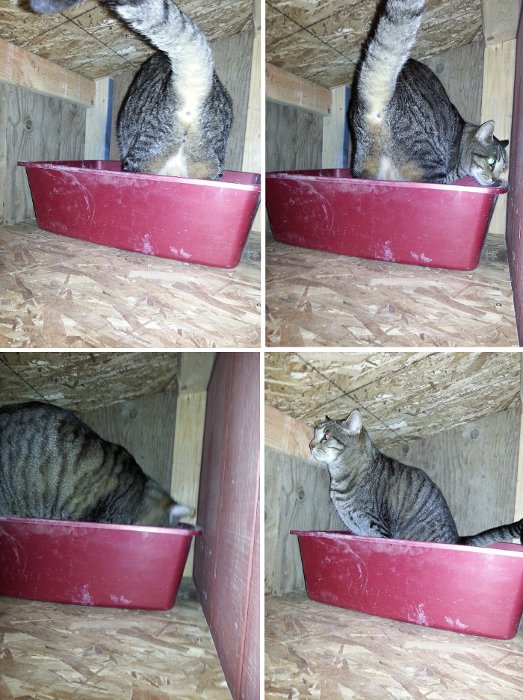 How did I get these pictures? I don't want to talk about it.

For good measure, I even crafted a red-carpeted ramp to assist his majesty as he ascends to the throne, just in case his wittle joints actually do stiffen as he ages. 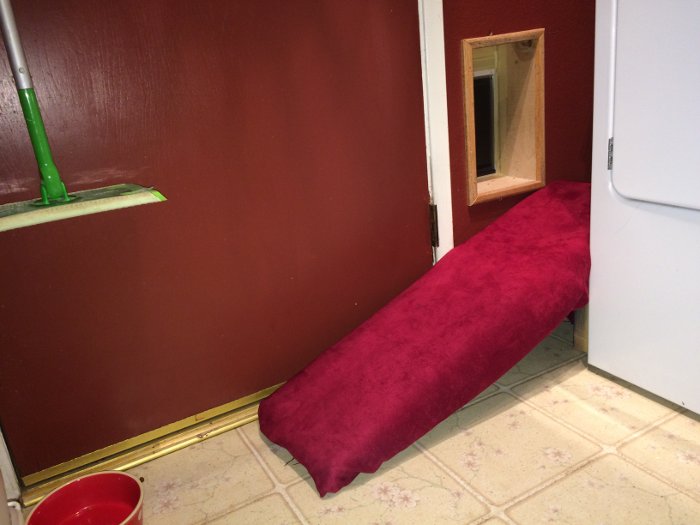 I know it's hard, but just ignore his meowing next time, no matter how sad he looks. Coyotes won't give him a pass because he's precious. 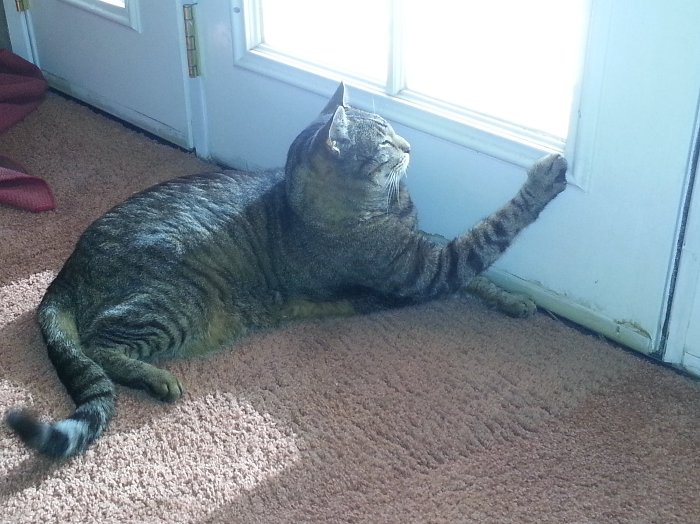 Eventually, he'll succumb to the pressure in his bladder and go to the cat house of his own volition. Feel free to reward him with a snack afterward.

Stay strong. It's a simple battle of wills. 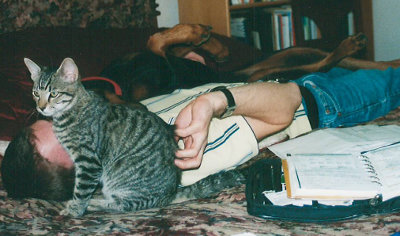 How to Create the Fireless Firework; a Humbling Scientific Exploration and Thoughtful Relfection on the Michelson-Morley Experiment

Always shirtless and pointing judgmentally, Smokey the Bear has spent the last 71 years blaming the average American for…

How to Make The Denial Cookie, Because When You Lie to Yourself You Can Ignore Technicalities

Hello parents, Seems like every time I encounter pastries in your house there's a partially-eaten specimen set to the…