If you encounter an alien species,
try not to scream, don't throw handfuls of feces.
Draw a right triangle to help you survive,
ensure it has sides of lengths three four and five. 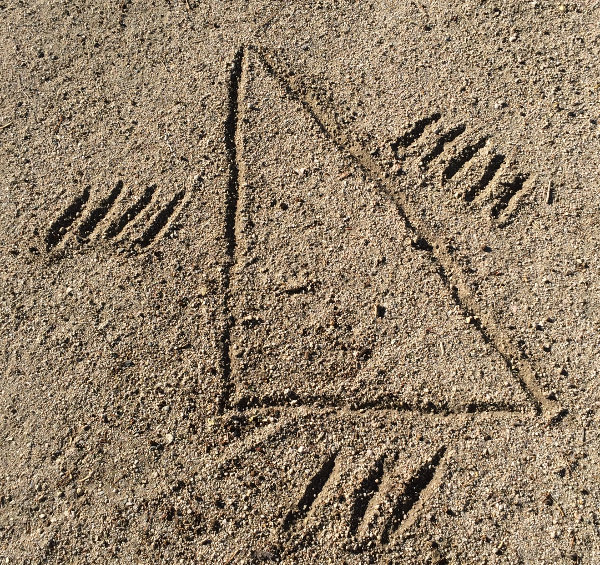 This should be taught in schools.

It may seem obvious to us that we're the dominant species on this planet, but an advanced alien race may not view the Empire State building as substantially more sophisticated than a termite hill, and may not think our illuminated cities are all that much more technologically developed than a field filled with glowing fireflies. They'll probably know humans are intellectually superior to bugs, but the margin may not be notably significant to them. Then again, they may think insects are reasonably intelligent and that we're the stupidest beings in the universe. It's plausible they'll have divided groups of humans into different taxonomic units to distinguish the inhabitants of North Sentinal Island from the inhabitants of Cambridge, Massachusetts. So, to ensure they assign you to the sub-subspecies that doesn't throw spears at their ship, you should show that you speak the language of the universe, mathematics, at least at a basic level. Drawing and labeling a three-four-five right triangle will accomplish this for you. It's easy to remember, simple to draw, and demonstrates a fundamental understanding of geometry, algebra, and trigonometry. Don't worry about doing more; even if you were a genius explaining mankind's most advanced scientific discovery, it would still just be a cute trick to them, like a toddler counting to ten, or a border collie placing the square peg in the square hole.

More information is available in this helpful infographic, which I did not create.

How to Read Garfield

Hi Mom & Dad, When I chose this week's topic, I thought it'd be fun (well, interesting) to explore…

How to Split Open Your Oven Door to Clean the Window

Hey Mom, Oven doors are a lot like people. It's easy to clean the surface, to scrub and soak…